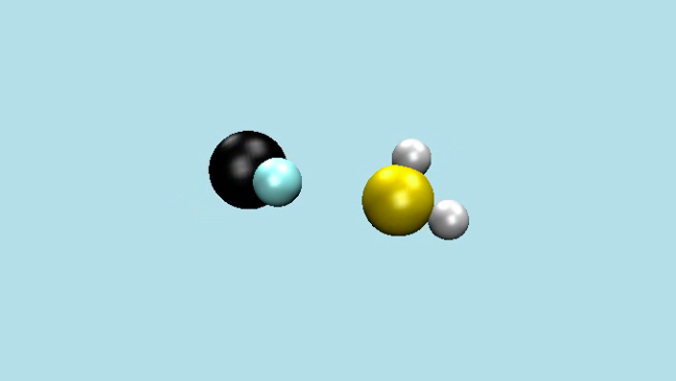 An astrochemical discovery by University of Hawaiʻi at Mānoa researchers debunks a decades-old assumption.

Since the 1970s, research on sulfur-containing ion-molecule reactions in space have mainly produced speculative results. They have neither been confirmed experimentally nor theoretically. However, new research led by Department of Chemistry Professor Ralf Kaiser and Assistant Professor Rui Sun provides evidence and understanding of organo sulfur (compounds with sulfur) chemistry in deep space.

The team investigated the reaction of the simplest organic radical methylidyne with hydrogen sulfide in its gas phase through experiment, theory and astrochemical modeling. The molecular beam studies were carried out by postdoctoral fellow Srinivas Doddipatla and revealed the formation of organo sulfur compound thioform­alde­hyde as observed in deep space. The research also confirmed the presence of the compound’s higher energy isomer (a molecule with the same molecular formula, but a different arrangement of the atoms in space). The dynamics simulations were performed by graduate student Yuheng Luo with a supercomputer provided by the UH’s Information Technology Services.

These findings are presented in the Proceedings of the National Academy of Sciences of the United States of America.

“This paves the way to conduct extensive reactions expanding our view about the life cycle of sulfur in the galaxy,” Kaiser said. “We are continuing the investigations on the sulfur chemistry in space such as the formation of sulfur-bearing amino acids and silicon monosulfide as a potential building block for sulfur rich grains combining these avenues with astrochemical modeling (Professor Tom Millar, Belfast) and electronic structure calculations (Professor Alexander Mebel, Florida).”