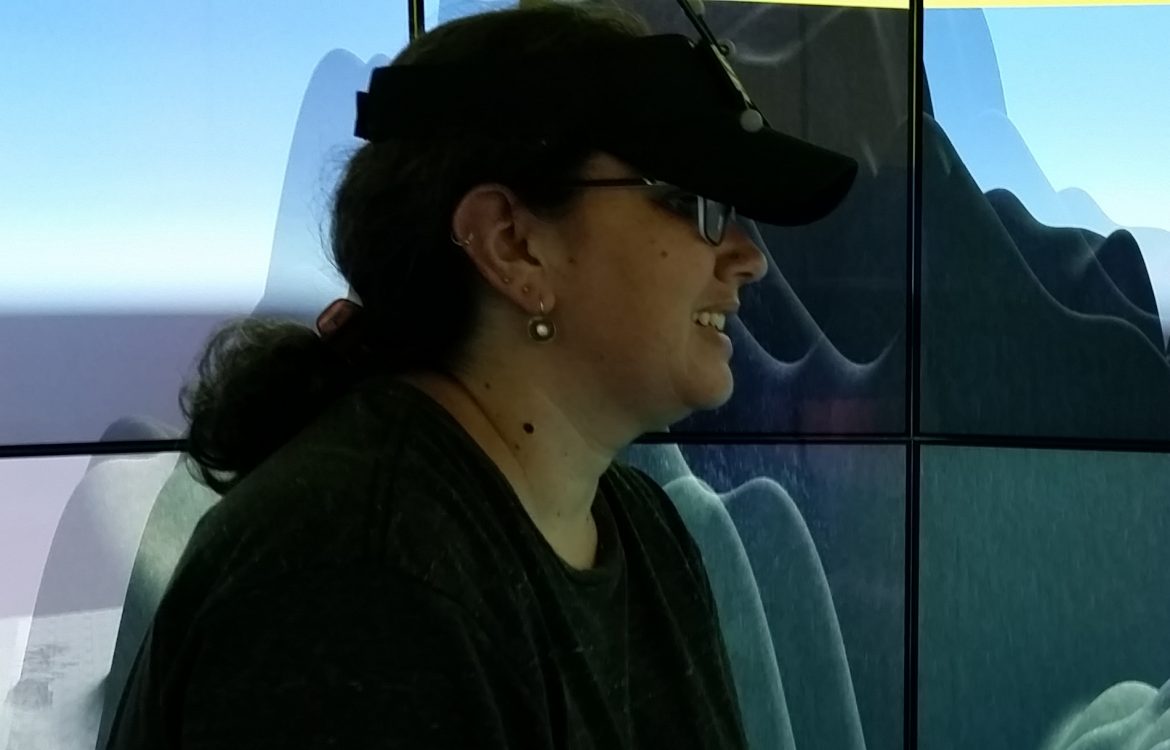 Nurit Kirshenbaum is a PhD candidate at the Computer Science department in the University of Hawaii at Manoa. Her main interests are in Human Computer Interaction (HCI) and Tangible User Interfaces (TUI). HCI is a field that focuses on studying how people and technology communicate with each other – how people inform machines what they want to do, and how machines inform people what they can do or are doing. TUI is a subfield that focuses on incorporating physical objects in the interaction with digital systems. Nurit was born in Israel, where she finished her undergraduate degree in Electrical Engineering in 2001. She has worked in an eclectic array of jobs in programming, technical sketching, and digital publishing, had two children, and finally decided to pursue a doctorate. She is a research assistant at LAVA (Laboratory of Advanced Visualizations and Applications) where she works beside other undergraduate and graduate students on tools that are used to help Data Scientists do their jobs, and on applications that are used to communicate data. An example project from the lab that Nurit has worked on is our collaboration with the Math department and C-Maiki microbiome project, which involves tracking the flight of a drone as it flies over a site of microbiome sample collection. While operators in the field fly the drones and later collect the samples, experts in the lab can view the big picture on a large wall-sized display, analyze the state of the collection site, and select specific locations for sample collection. Another example is the lab’s collaboration with the State Energy Office called ProjecTable. The goal of that project is to explain the limitations Hawaii faces in its transition to 100% renewable energy. We created a large foam 3D model terrain of several Hawaiian islands, and used a projector to overlay it with data generated by projected simulations of energy usage till 2045 based on different scenarios of energy resources. User studies have shown this exhibit to be an engaging way to discuss the renewable energy transition. The lab’s SAGE project (in collaboration with University of Illinois at Chicago and Virginia Tech) is a tool for scientists and data scientists that focuses on supporting interactions with large, wall-sized displays for visual analytics. Nurit is currently the interaction designer on SAGE3 – a version of the software that will integrate computational notebooks into the system and provide smart services that scientists can incorporate into their workflow.