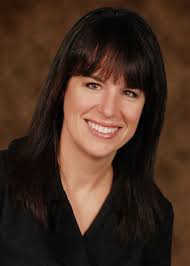 Kelly Gaither is the Director of Health Analytics (previously Director of Visualization), Interim Director of Education & Outreach, and a Senior Research Scientist at the Texas Advanced Computing Center. She is also an Associate Professor in the Department of Women’s Health at the Dell Medical School at the University of Texas at Austin. She received her doctoral degree in Computational Engineering from Mississippi State University in May 2000, and received her masters and bachelor’s degree in Computer Science from Texas A&M University in 1992 and 1988 respectively. She has numerous refereed publications in fields ranging from Computational Mechanics to Supercomputing Applications to Scientific Visualization. She has given a number of invited talks. Over the past ten years, she has actively participated in conferences related to her field, specifically acting as general chair in 2004 of IEEE Visualization, Large Data Analysis and Visualization symposium co-chair in 2015 and general chair of XSEDE 2016. Out of high school, Kelly aspired to go to veterinary school and began her undergraduate degree in nutrition. By her sophomore year in college, she realized that Computer Science was a more natural home for her and that path introduced her to computer graphics and what would eventually become the field of scientific visualization. She has worked in all aspects of visualization, from creative design, to rendering, to data analytics. Over the course of her career, she has gravitated towards work at the leading edge of scientific discovery, teaming up with researchers and scientists that strive to understand phenomena with significant societal impact. Recently, she has been working at the intersection of health and data analytics, providing her expertise in fields ranging from women’s health to pandemic prediction and response.