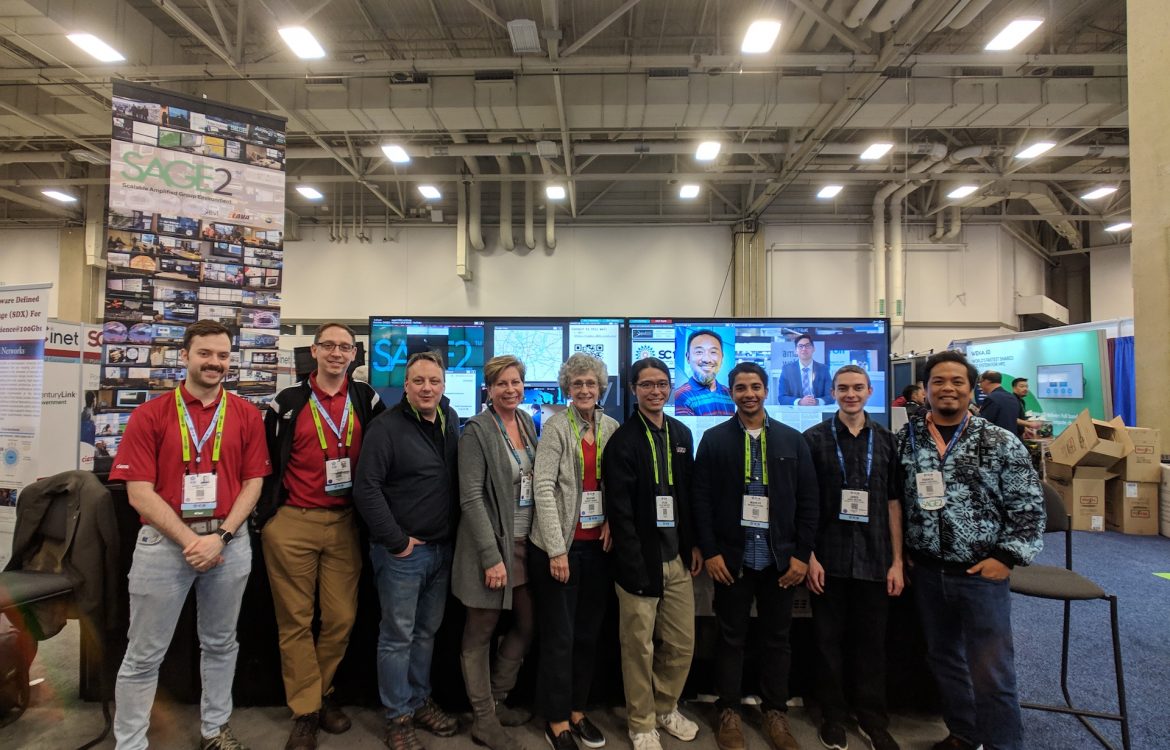 Funded by the National Science Foundation, SAGE2 version 4 (Scalable Amplified Group Environment) was demonstrated at SC2018 in Dallas Texas. SAGE is software for driving large-scale displays such as CyberCANOEs (Cyber-enabled Collaboration Analysis Navigation and Observation Environments) turning them into big-data collaboration environments that enable users (researchers, engineers, policymakers and artists) to display, organize and manipulate large quantities of data in the form of visualizations to come to decisions with greater speed, accuracy, comprehensiveness and confidence.

SAGE was shown at the StarLight booth as well as three booths on the show floor run by Scinet – SC’s networking operations center- which used SAGE as a dashboard for monitoring the hundreds of gigabit network traffic flow during the conference.

SAGE is co-developed by the Laboratory for Advanced Visualization & Applications (at the University of Hawaii) and the Electronic Visualization Lab (at the University of Illinois at Chicago). SAGE is the most widely used open source software for driving large-scale displays and has received funding of more than $10M from the National Science Foundation, Nippon Telephone and Telegraph, Department of Energy, Academy for Creative Media, and other sources. SAGE2 in the StarLight booth at SC18 in Dallas, Texas